At the very dawn of book printing or book writing to be more exact, those people, who created/wrote/copied books treated their job very seriously. Though it took pretty much time to create a book, every item was created like a true fine art masterpiece – not only it contained the information and knowledge, it was also marked with fine ornaments, text decorations, and font designs of the highest art grade. Later, when printing press was invented and book printing turned into mass production, most of the decorative features of typography have been sacrificed for the sake of quantity of end products, simplicity of production, and economic interests.

Since the second half of the 20th century when humanity entered the computerized era, artistic component of typography has spread its wings again. The potential of designing text has opened up again in its full. With the help of modern tools and techniques, font designers moved typography to the next level of its developing, being able to realize any of the ideas or plans, generated by human creative imagination. Melted cheese and splashed paint, roadway and neon lights – everything can be used to create featured font design. Today we would like to share with our reader the collection of such modern typography designs, demonstrating really endless imagination and limitless capabilities of designing text appearance as one of the variations of the applied art.
[sgdg path=”August 5th, 2011″] 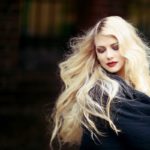 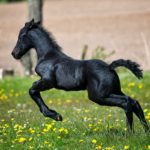