One of the amazing qualities of art is the simplicity of materials, which are further transformed into unique and genius art masterpieces. An artist can turn common clay into beautiful ceramics, he can draw magnificent pictures using charcoal only, and he can create three dimensional figures and sculptures simply folding plain paper with no glue or scissors involved…

The latter is called the art of origami, and it is the primary theme of our today’s showcase. Origami appeared in 17th century and was soon popularized throughout the world as one of the traditional forms of the Japanese art.

Paper crane has become, perhaps, the most well-known and distinct example of the art of origami. But the diversity of sculptures, which can be created using this unique technique of paper folding, really surprises: scorpions, leopards, swans, foxes, bulls, even dinosaurs and some magic creatures.

You will see many of them in the below gallery of origami. By the way, origami is a vivid example of the tight interconnection, which exists between pure art and precise science, as it requires clear understanding of the space, symmetry, and geometric patterns.

It is also a true example of wit and inventiveness of humans. After all, isn’t he or she a genius, who can transform a simple square sheet of paper into fantastic 3D sculpture? 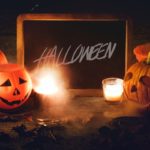