One reason images are so powerful is that one doesn’t necessarily need the education to decipher them. In an instant, a person can roughly work out what a picture is trying to communicate. It was this principle that leads American publishers to use the illustrated front cover to sell and bring literature to the masses.

In the mid 19th century, American society was developing at a rate incomparable to any other time. The expanding railroads were leading to a far more efficient transportation system and by extension decreasing the gaps between rich and poor. Increasingly, the masses were expecting more and for the first time society was able to provide. In 1852, Massachusetts became the first state to make education compulsory followed a year later by New York. Literacy was becoming commonplace, and potentially a huge market.

The question was how to attract the common man to good books. For years, publishers had bound novels only in expensive hardback and if they didn’t leave the covers blank, decorated them with a tasteful gold leaf or engraved designs. They alluded to an elite, closed-off world the masses could never hope to afford.

Nevertheless, the working classes did have their own entertainment in the form of cheap story papers, a collection of weekly stories illustrated with black and white pictures.

While many of the publishers looked upon them as the soap operas of their day, their popularity was impossible to ignore and in 1860 Beadle’s became the first publisher to publish a Dime Novel, an affordable paper bound novel complete with an illustrated front cover. As its illustration suggests, Maleaska, the Indian Wife of the White Hunter was a tasteful choice. It may have aimed at a wide audience, but Beadle’s had made sure it would not offend upper-class sensibilities.

Between 1861 and 1865, The American Civil War challenged society’s definition of decency. Young Soldiers desperate for a distraction turned to Dime Novels for entertainment. The more Dime Novels they bought the more the publishers tried to outdo each other and by the end of the war, lurid front covers had become the norm.

Dime Novels were now appealing to the American youth. Front covers depicting, shoot-ups and bank robberies, as well as outlaws such as Jesse James, were, in the post-war climate, highly appealing. They were also unaffordable. The kids did their best by creating a culture of book sharing, but the situation was not ideal and particularly for the book publishers. They wanted nothing more than to get at their new audience, yet found themselves restrained by cost and technology.

In 1896, Frank Munsey found a solution. He decided to print his Argosy magazine on cheap pulpwood paper, allowing him to extend his publication to 192 pages, enough for a whole novel, plus two serialized stories. Munsey had finally provided a literary product for the working classes and sales rocketed. In six years, Argosy went from one thousand copies to six million.

Guessing people were more interested in the content than the design Munsey bound the the first few editions in bland, cheaply made front covers. The idea lasted as long as it took other publishers to jump onto his bandwagon. Soon a variety of Pulp Magazine front covers were decorating drug stores across the land. First, they came in black and white front covers and then the innovative Street and Smith, already popular for their dime novel illustrations, produced the first pulp front cover in color.

Pulp Magazines were now hiring artists such as Harvey Dunn and N.C. Wyeth to capture the exploits of characters like Nick Carter, Tarzan and Hop-along Cassidy. But they weren’t all violence and adventure. The pulp magazines were providing a variety of genres, including literature, westerns, detective stories, science fiction and romance, each with a front cover aimed to appeal to its specific audience. The illustrations were becoming such a major selling point that in some cases the publishing houses were asking writers to base their stories around one of their artist’s pictures.

By the 1920s, there were over 500 Pulp Magazines on sale and whether they were detective stories or science fiction, they were developing the power to communicate the worries and thoughts of the majority. By the time the Great Depression hit the country in 1929, they had found their voice; front cover illustrations that invariably represented authoritative figures and money men in a negative light.

As times changed so did people’s tastes. The pulp magazines were still popular, but they now had serious competition from super hero comics and talkies. In the opinion of many, it had dummed down popular culture. Older readers of the pulp magazines and dime novels were beginning to crave sophistication.

Salvation finally came in 1939 when the publishing company Pocket published James Hilton’s Lost Horizon in paperback, the first mass market paperback in America. Like the first Dime novel, it was a highly regarded novel bound in an equally tasteful cover.

After a few novels in the same vein, including Shakespeare’s Five Tragedies, the new format became synonymous with adult entertainment, allowing such realistic Pulp Magazines as Black Mask to reprint their novels in paperback. Writers such as Raymond Chandler, Dashiell Hammett and Davis Goodis were helping corner a market coined as hard boiled fiction, a genre intent on challenging and provoking society’s veneer of decency. But if the stories were hard-hitting, the front-covers delivered the knock-out punch. Promising tales of sex, violence and drugs, they were illustrating Conservative America’s worst nightmare. 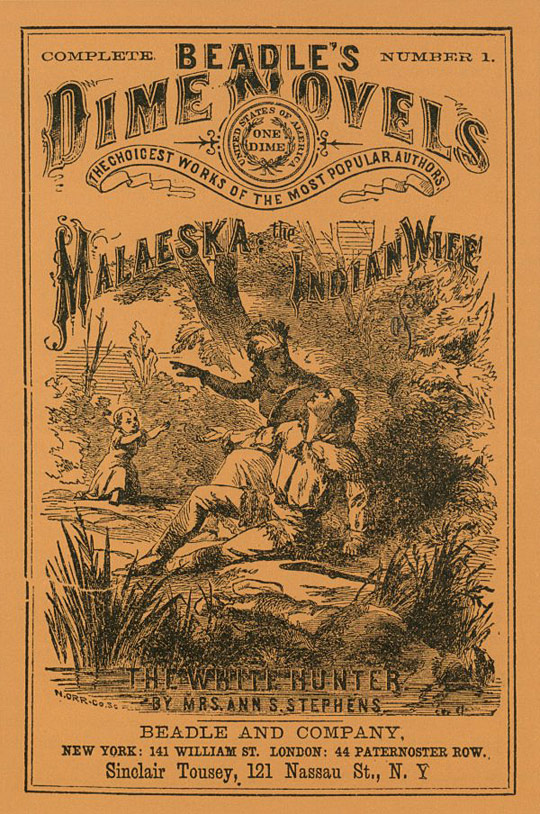 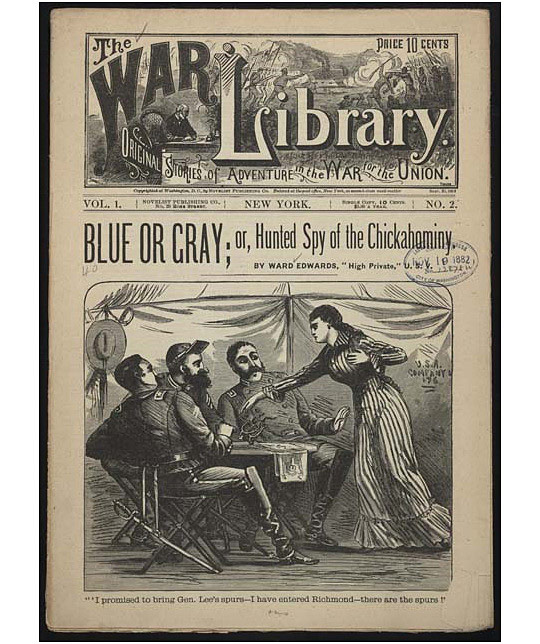 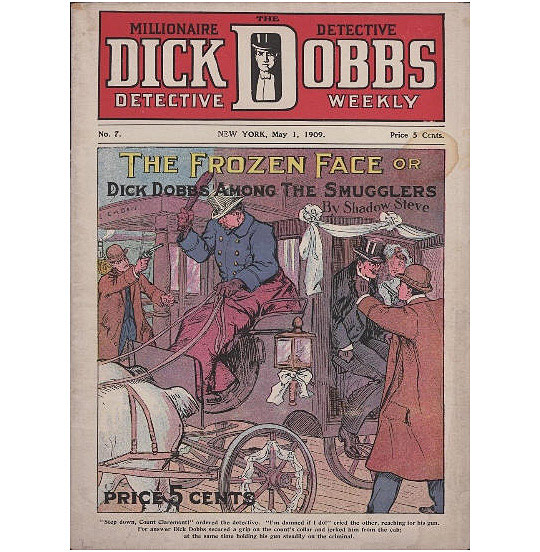 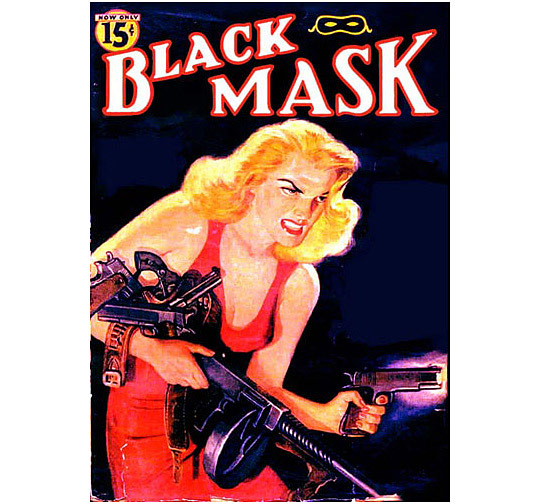 Popular Library – The Private Life of Helen of Troy 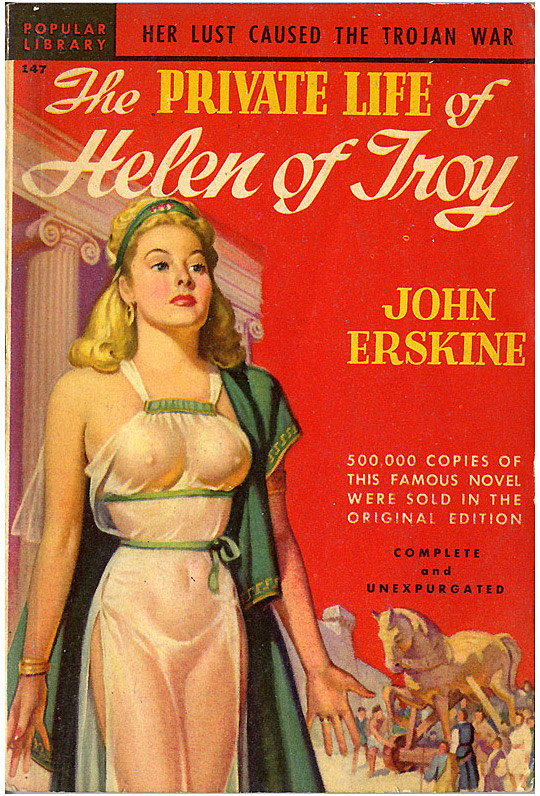 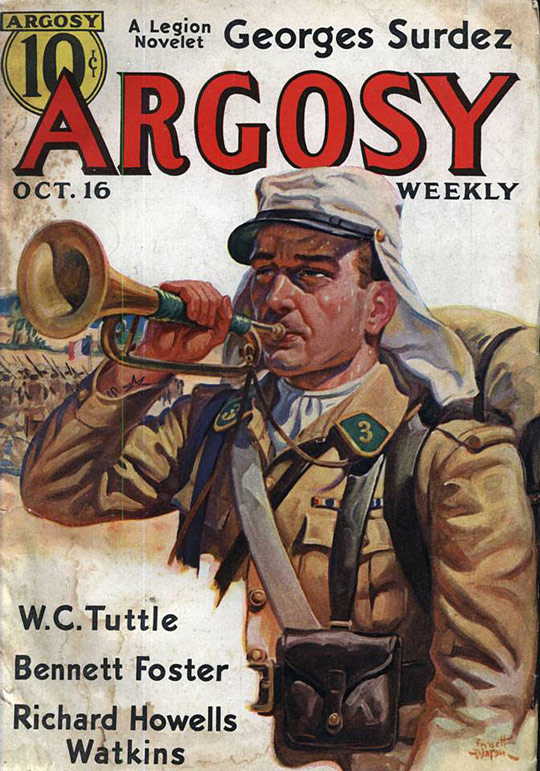 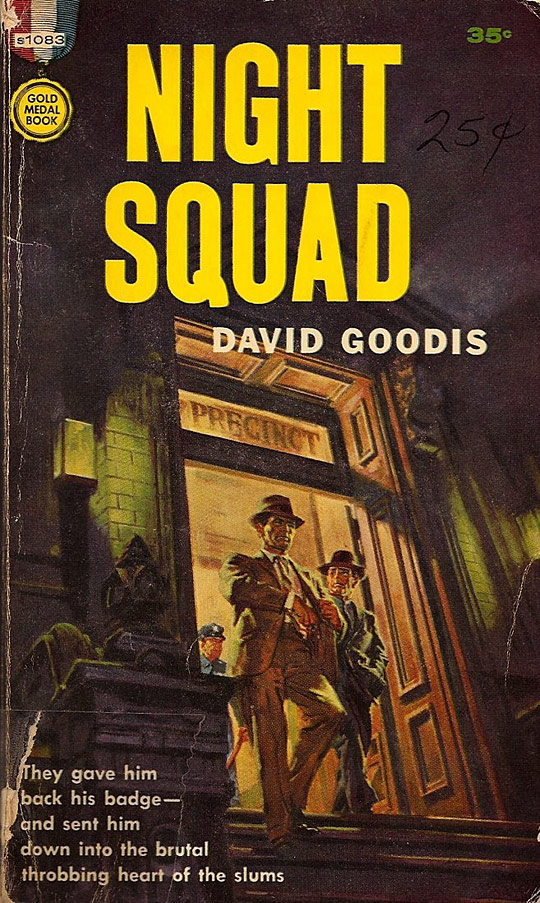 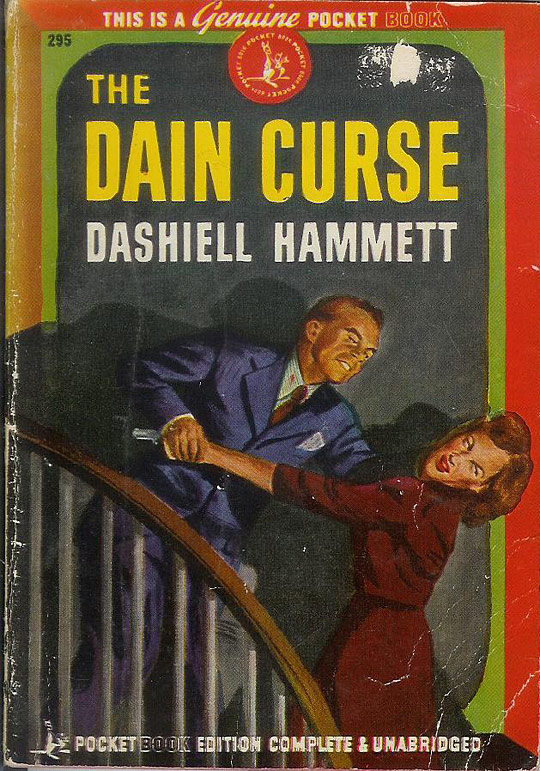 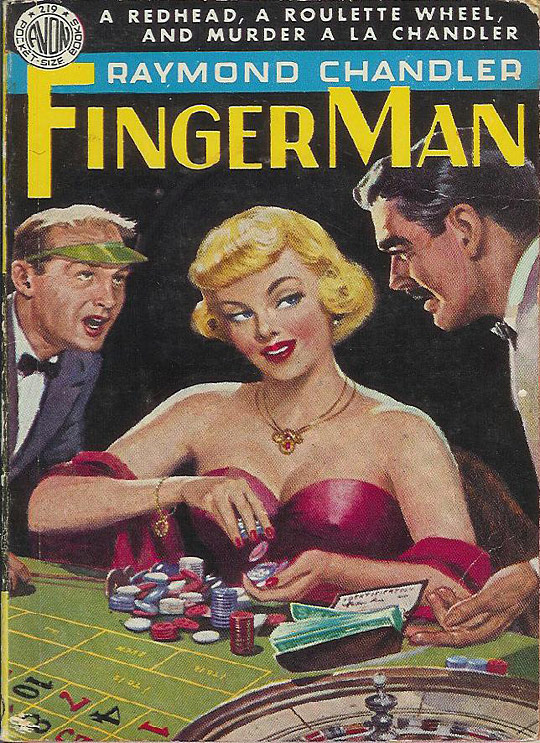 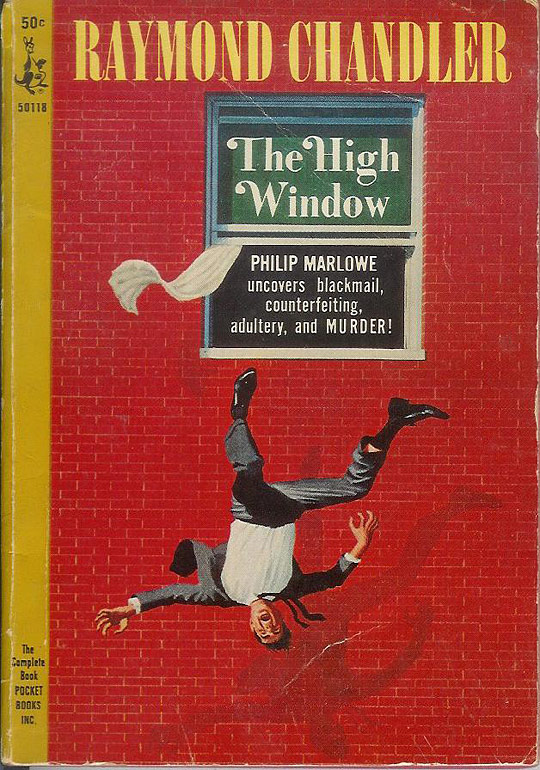 Kurt Steel – Murder For What? 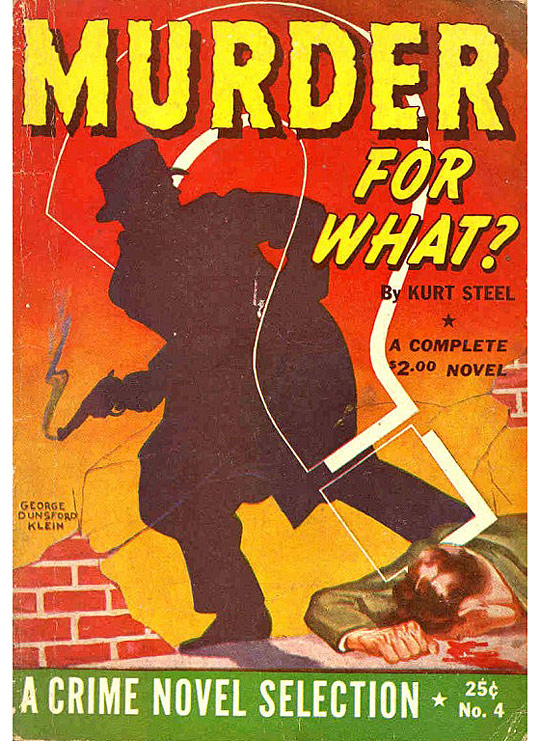 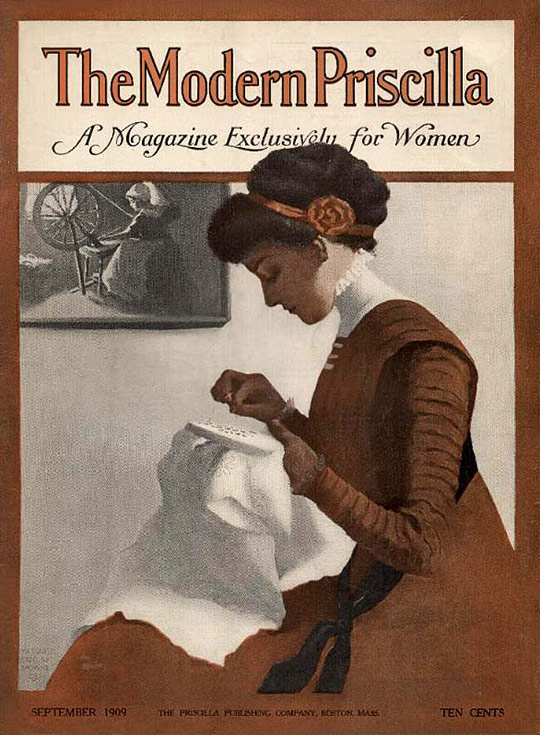 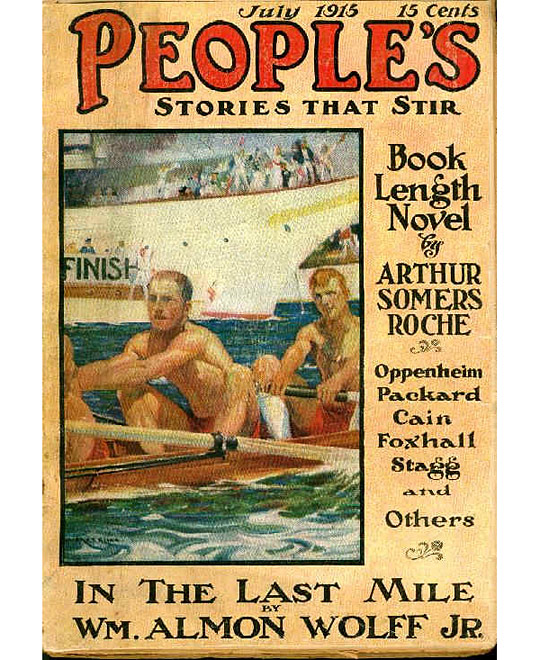 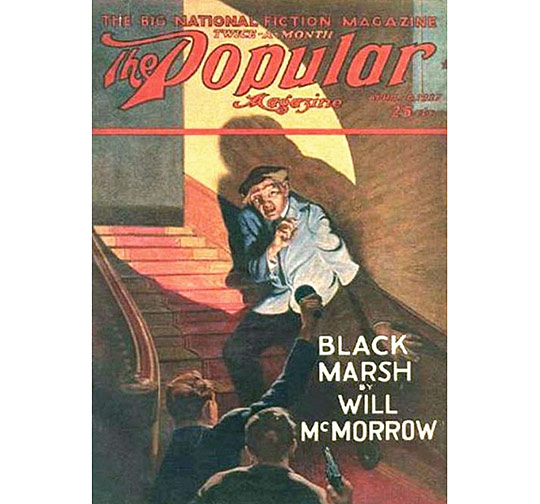 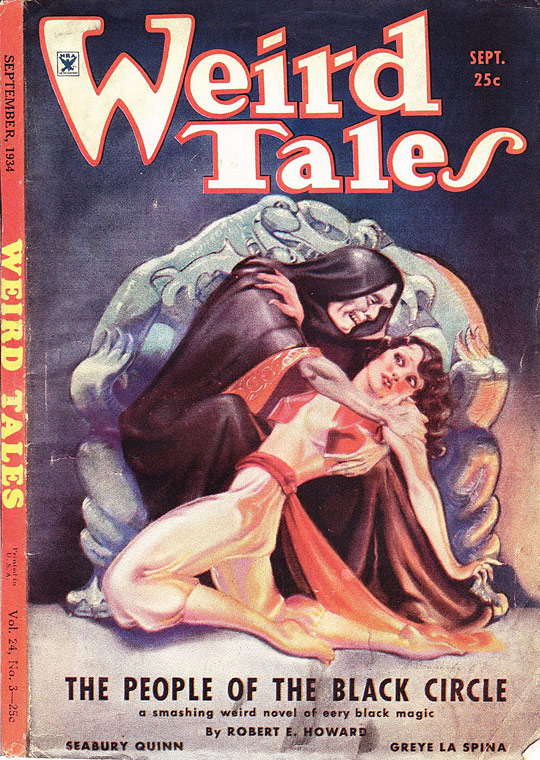 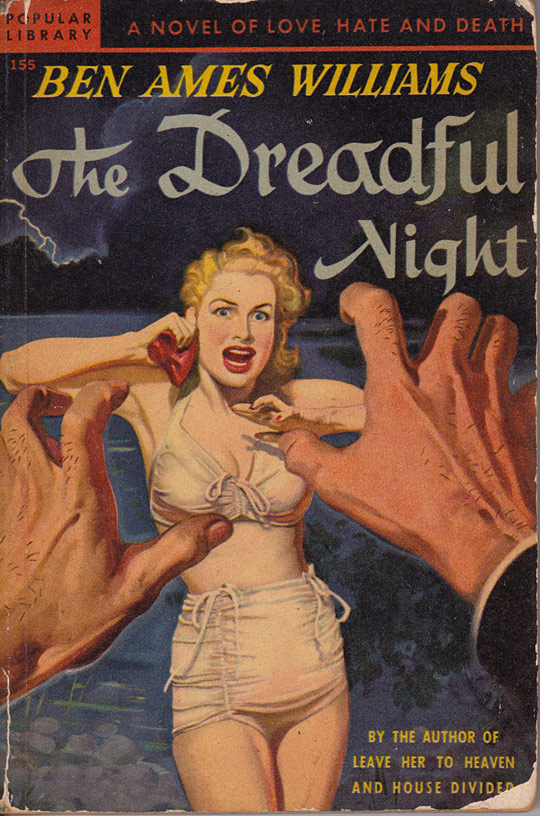 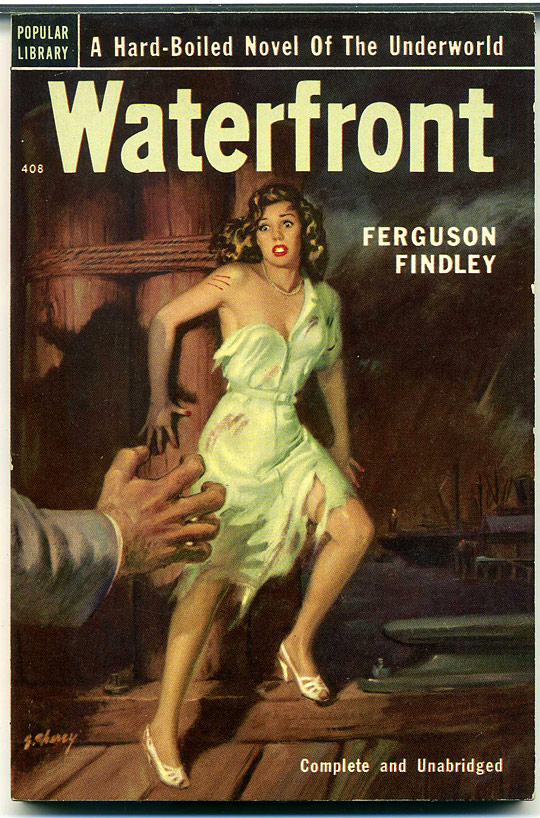 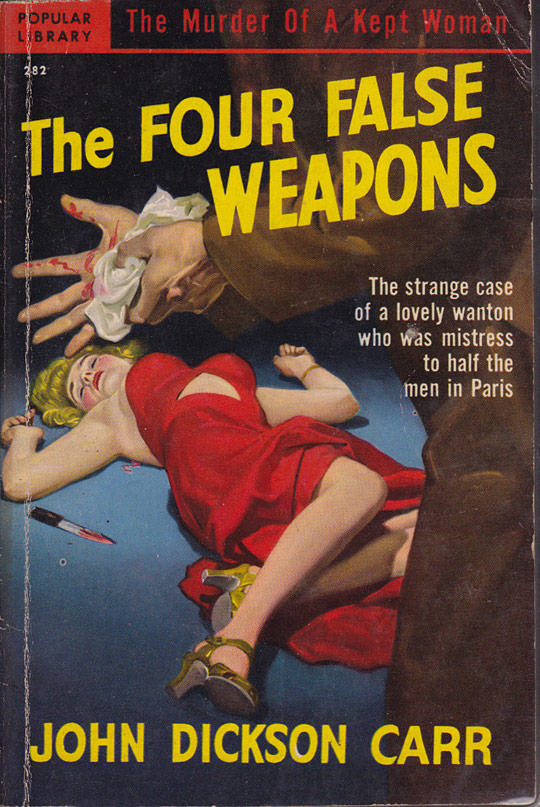 The Geometry of Modern Architecture 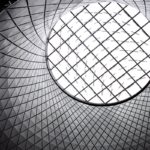 Horror Illustrations – The Dark Side of Digital Art