The Internet has evolved dramatically in the last two decades or so. From extremely basic text-based web pages to full-fledged search engines and online stores, web technology has come a long way indeed.

It all started with the first iteration of the Web, known as Web 1.0, which for the most part was “read-only” (as described by Tim Berners-Lee, the inventor of the World Wide Web). That is, it consisted of static websites and there was little-to-no user interaction or content generation. At that time, most website owners just wanted to make their information available to anyone at any time, without any focus on user interaction.

Around 1999, as server technology upgraded, average internet connection speeds increased, and developers learned new skills and techniques, the transition happened from Web 1.0 to Web 2.0. While Web 1.0 was extremely basic in its approach, Web 2.0 is based on a concept called Folksonomy.

In essence, Folksonomy is a way of organizing data and digital content wherein the users themselves add a tag or label to identify a piece of content. So, in Web 2.0, online content (websites, apps, pictures, videos, etc.) gets a lot of descriptive information and ad hoc classification using natural language from the users themselves.

So, the difference between Web 1.0 and Web 2.0 is crystal clear. As opposed to Web 1.0, the second iteration or Web 2.0 can be described as the “read-write” web in which users have the ability to contribute content and interact with other web users. It stresses on user-generated content and interoperability of netizens on dynamic websites.

Today, websites are primarily designed to be engaging and invite user interaction. Web 2.0 features linking of web pages amongst themselves and is all about the sharing of data amongst websites and applications combined with the use of social networking websites. It relies on intelligence amongst people similar to crowd knowledge for the creation of useful content.

For instance, consider YouTube or Instagram, which are websites that completely depend on user-submitted content. Today, users want to participate in information creation and online knowledge sharing, and Web 2.0 technology is facilitating just that.

Now, people often think that just because a website is built using a certain technology (such as Ruby on Rails) or because it employs Ajax or JavaScript frameworks in its interface, it represents web 2.0. That is not necessarily true. Simply put, any website or web app that allows users to interact and contribute content can be classified as Web 2.0.

Coined by the reporter John Markoff of The New York Times in 2006, Web 3.0 refers to the third generation of web technology that is yet to be fully realized. It comprises semantic web and usage of artificial intelligence (AI) and 3D graphics to create the next level online experience that one could only dream of just a few years back.

Continuing with Tim Berners-Lee’s definition, Web 3.0 can be called the “read-write-execute” web wherein all the content is dynamic and users will have a drag and drop option to load their files from desktop to the browser and then access them from anywhere on the planet.

To illustrate, let’s take the example of semantic markup and web services. Semantic markup talks about the communication gap between humans and computerized applications. One of the biggest challenges of presenting information on the web is that applications cannot provide context to data, and thus, can’t understand what content is relevant.

Through the use of semantic markups, such as how Google does to display relevant search results even when users don’t enter the exact keywords, data could be put in a form not only accessible to humans via natural language, but able to be understood and interpreted by web applications as well. The complete semantic web stage expands the scope of both structured and unstructured content through OWL and RDF semantic formats.

Semantic markup and web services together can render a Web 3.0 experience — applications that can communicate with each other directly and interpret information for humans.

The expansion of Web 3.0 technology could include:

Web 3.0 leverages natural language processing so computers can distinguish information like humans and consequently provide faster and more relevant results. So, machines can “think” for themselves about what the users are demanding from them and then provide the best possible results, instead of just matching keywords.

Web 3.0 is also about the ubiquity of content. That is, content is accessible by multiple applications, every device is connected to the web, and services can be used anywhere. In Web 3.0, companies like Google and Facebook would have no control over the data of the users which would result in high security and privacy.

A typical Web 2.0 app uses the online knowledge community, which involves people tagging of content and its categorization. Whereas the Web 3.0 app uses content management systems along with artificial intelligence and machine learning. These systems are more capable of answering your questions because they can “think” on their own and find the most relevant answer to a users’ query. This implies that Web 3.0 can also be coined as a “machine to user” standard.

While Web 2.0 has already made good strides, Web 3.0 furthers the idea of delivering personalized content and product recommendations (for eCommerce), which constitutes an amazing user experience. Plus, as already mentioned, Web 3.0 utilizes advanced 3D graphics to create immersive virtual experiences, such as virtual museum guides or adventure tours.

Web 3.0 is an extension that will go beyond the physical engagement — today, the web connects to mobile devices and even cars but in the near future, it will connect to clothes, refrigerators, and so on, thus providing an integrated online experience. Think IoT taken to a whole new level.

So, truth be told, the full potential of Web 3.0 standards is yet to unfold in order to prove that it is much more advanced than the current Web 2.0 standards. That’s because the semantic web technology and artificial intelligence are still in their early days and will need a good amount of time to fully develop. In fact, there are many companies actively working in this domain but it will still take some time to grow this technology and reach its true heights.


Keep in mind that Web 1.0, 2.0, and 3.0 are abstract ideas that essentially describe challenges that developers (and users) face on the web and how to address them. Don’t take these naming conventions too seriously. For instance, just because a website does not employ Web 3.0 features like artificial intelligence does not make it old-fashioned. Web 2.0 is here to stay and the Web 3.0 advancements are only going to add to the online experience and make it more intelligent. 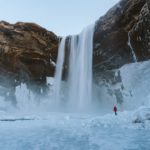 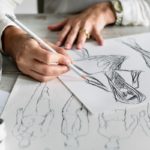 Sincerity and Talent Expressed in Drawings