The city of the seven hills, the eternal city, city of love, and the city of fountains – these are only some of the nicknames given to one of the most magnificent cities in the world – Rome. Founded by two brothers Romulus and Remus, who were raised by a legendary wolf, the city of Rome had witnessed a lot – from the fratricide to the fires of the Inquisition, and from being the center of, perhaps, the most glorious empire in the world to the eternal art masterpieces, created by Leonardo da Vinci, Michelangelo, Bernini, and Raphael. It is Rome that introduced such people as Julius Caesar, Virgilio, Federico Fellini, Sophia Loren, Ennio Morricone and a whole pleiad of other remarkable painters, scientists, poets, writers, musicians, and thinkers to the world.

Naturally, every stone in the city of Rome, every street and building in it has the traces of such a magnificent history of the city. A great world legacy has been concentrated in Rome, its architecture, and art galleries. No wonder that Rome is often chosen by professional photographers as the key object, featured in their modern creative art works. No matter whether it is a black-and-white or a color photograph, Rome itself can turn it into a real masterpiece, even if this photo was made by an amateur. Furthermore, the city of Rome itself with its architecture and unique flavor can be a source of inspiration for many modern artists and creative people. Below we introduce a few photo of this eternal city to you – have a look and try to catch that special feeling, inherent to this Italian and world city.

Smoke and Fire – the Eternal Source of Inspiration 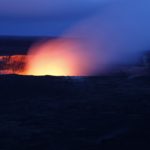