Dark Natasha is an Evergreen, Colorado artist with a truly international following. Collectors from more than twenty countries across four continents have acquired her prints and original artwork. She prefers painting wildlife and domestic animals and has a soft spot for fantasy creatures – from Mythical creatures, to dragons and werewolves.

Working mostly with mixed media, her drawings and paintings are extremely detailed. Her particular style of layering produces a multidimensional effect to the extent that the eyes of her subjects seem to come alive. Dark Natasha is most recognized for painting animal and bird life with anthropomorphic overtones. At first glance a wolf portrait is simply that but look closer there is a feather braided into the mane and an amulet hangs around its neck. Anthropomorphism has been symbolic within the human race since ancient times. Egyptian deities were traditionally depicted with animal or bird heads or as animals given human heads – the sphinx, for example. From totem-carving Alaskan Inuits, tribal Native Americans to Australian Aborigines human cultures around the world have long believed in spiritual association with non-human creatures.

Set your Author Custom HTML Tab Content on your Profile page
Thanks for subscribing! 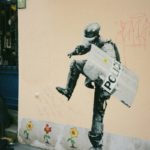 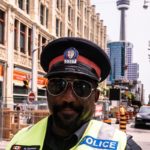